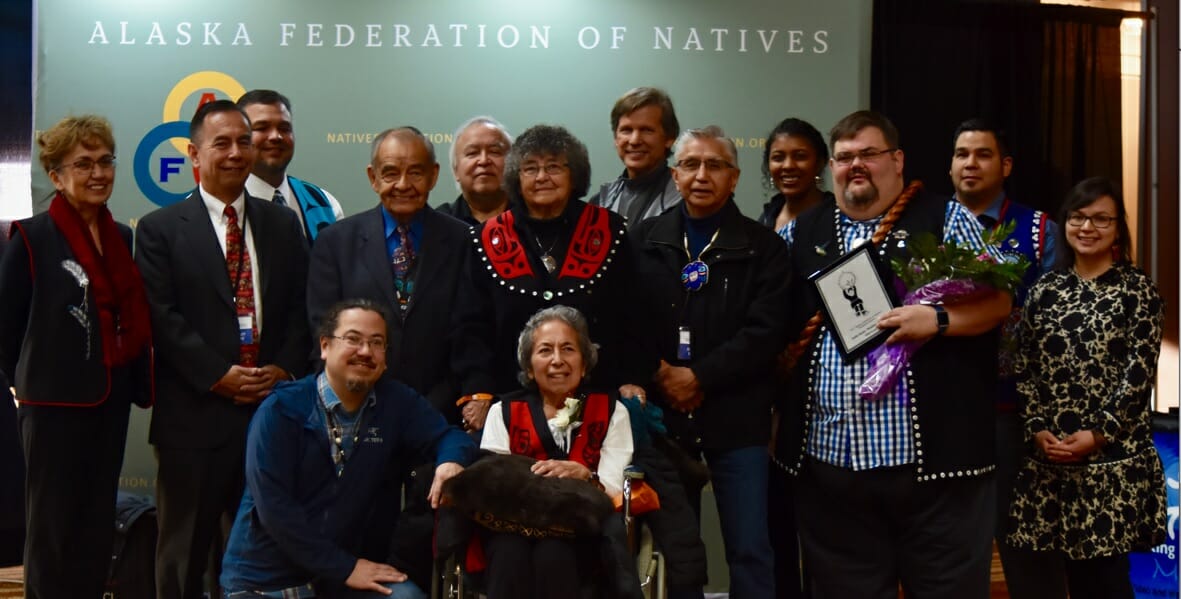 Sealaska mourns the profound loss of former director Aanwoogex’ Ethel Lund, who walked into the forest in the early morning of November 11. She was Tlingit, Yéil (Raven), Teeyhíttaan, born to Carl Lund of Sweden and Martha Ukas of Wrangell and raised by grandparents Tom and Josephine Ukas.

Lund was a pioneer of tribal healthcare, using her steadfast determination and gift for healing to lead in the creation of the SouthEast Alaska Regional Health Consortium (SEARHC). She served on the Sealaska board for 21 years (1988-2009)  and was recognized as a Director Emeritus. 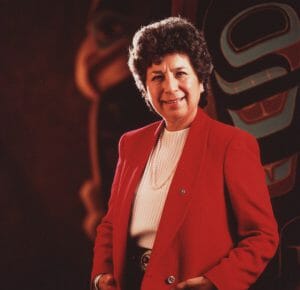 “Ethel had a deep love for our people,” said Sealaska Board Chair Joe Nelson. “Her legacy is one of service, of generosity – she retired from the board to make room for others. She is one of only a few directors to be honored as a Director Emeritus, in recognition of a lifetime of leadership in and out of the boardroom.”

Born in Wrangell in 1931, Lund’s upbringing lent her firsthand experience with the challenges facing rural Alaska – especially where healthcare was concerned. Deeply impacted by the devastating effects of tuberculosis on the community, she spent her life dedicated to advancing the quality and standard of care available across Southeast Alaska. Lund held a quiet confidence that could command a room and made a point to ensure that every voice was heard, emphasizing the importance of traditional knowledge alongside modern medicine.

“Ethel was a great mentor,” said Nelson. “One of the best pieces of advice I ever received came from her. I was about to speak in front of a crowd, and she saw my nerves, scribbling notes while I tried to find the right words. She put her hand on mine and said, ‘You will be fine. Just speak from the heart.’ And I’ve carried that with me ever since.”

Her steadfast determination and ability to unite people in service toward a brighter future inspired generations and opened hearts wherever she went, said Nelson.

“Ethel was a gift,” he continued. “A gift that we will always be grateful for.”