Thank you to all those who joined the Sealaska Public Policy Forum today. We appreciate your engagement and willingness to take the time to learn about Sealaska policy initiatives and advocacy efforts. The Sealaska Policy Committee is also known as Naxtoo.aat/Wayi Wah/Hágwsdaa – a phrase that translates to “Let’s Go!” in Lingít, Sm’algyax and Xaad Kíl, respectively – and was formed to help facilitate change and ensure shareholder priorities are realized on all levels, from local to global issues.

“It is crucial our shareholders to know that we advocate for these things on a regular basis,” said Mitchell. “This is not new work. But we are able to be more focused now that we have a committee established.”

“It’s necessary to use the resources that we have at Sealaska to obtain change within policy, change within federal and state government and how they conduct business – international and tribal, too,” said Blake. “All of these spaces are spaces that we work within, that we collaborate in, to ensure that our peoples’ voices are heard and to ensure that the priorities of our people are being felt in every single space, so that we’re not being left behind.”

La quen náay shared the latest news on those efforts, where momentum has been building. HB 123 has gained 10 co-sponsors – across party lines – so far this session. The bill, which was introduced last year by State Representative Tiffany Zulkosky of Bethel, establishes formal state recognition of the tribes of Alaska and the acknowledgement of a government-to-government relationship. HB 123 passed the House but stalled in the Senate last year, and is now gaining traction and widespread support. If the state is unable or unwilling to advance the bill and allow it to become law, said La quen náay, its companion ballot measure – which garnered signatures of support from over 56,000 Alaskans – will appear on the ballot this fall. Shareholders can get involved by contacting their state senators and asking that they support HB 123. For shareholders outside of Alaska, encouraging family and friends in the state to support the bill – and ask their senators to vote in favor of it – is the best way to advocate for tribal recognition efforts. Shareholders can also contact the tribe to express support.

Wáahlaal Gíidaak was later joined by Ch’aak’Tlaa Nicole Hallingstad and Tashee Richard Rinehart, who provided an update on new landless legislation which Sealaska hopes will settle the longstanding injustice. Both Ch’aak’Tlaa and Tashee hail from landless communities, Ch’aak’Tlaa from Petersburg and Tashee from Wrangell. Alaska’s Congressional Delegation has recently introduced two bills to progress landless efforts – H.R.3231 introduced by Congressman Don Young and S.3269 introduced by Representative Lisa Murkowski and Representative Dan Sullivan – which would again grant all five landless communities the opportunity to form urban corporations and receive land entitlements under ANCSA. This legislation is updated with maps outlining the land selections requested, allowing for community input and discussion on the specific lands in question. “We were here when the valley floors were formed, when the mountains were carved,” said Tashee. “We have stories of going over and under the glacier; we have been here since the floods. We have been here a long, long time. We have been lobbying Congress a long time too – though maybe not that long… but we are continuing to fight however long it takes. It feels like we are getting closer now.”

Kajoohein rejoined the forum to provide an update on Sitka sac roe herring harvest. Sealaska is currently working alongside the Sitka Tribe of Alaska (STA) to advocate for and protect subsistence access to herring in Sitka, said Kajoohein. Sealaska is assisting the Sitka Tribe of Alaska in litigation in the state courts and Board of Fish proceedings with regards to herring proposals that are currently under consideration, with involvement in STA’s litigation efforts leading back to January of 2019. Sealaska has supported STA with a series of amicus briefs and is working closely with STA’s counsel to assist with their legal preparation and the proceedings on the issue. Sealaska has also worked to retain both scientific and anthropological experts to report on herring in Southeast Alaska and is preparing to participate in an upcoming Board of Fish meeting, scheduled for early March. We strongly opposing commercial fishing proposals that could harm the subsistence herring fishery and encourage all shareholders to submit comments to the Board of Fish in favor of continued protection for subsistence harvest rights.

Sealaska’s Naxtoo.aat/Wayi Wah/Hágwsdaa Committee is committed to advocacy efforts to benefit shareholders and their communities. Shareholders, too, can get involved – by supporting these causes, encouraging family members to do the same and contacting their elected officials (both state and federal) to champion these efforts and let their voices be heard.

Discussing blood quantum with friends and family can be challenging because no matter how you feel about the issue, it often strikes at the very core of who you are or how you would like to be perceived. We believe shareholder-to-shareholder conversations about this issue are critical to deepening understanding. The following questions are provided …

Sealaska announced today that it will award $1.2 million in scholarships to 426 recipients for the 2022-2023 school year. Scholarships were awarded to full- and part-time degree-seeking students as well as students enrolled in vocational-technical programs. Sealaska prioritizes investing in education and is dedicated to supporting Indigenous students seeking to further their education. Sealaska partners … 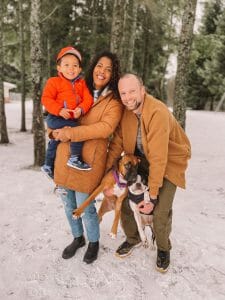 Sealaska announced Monday, May 23 that the Juneau Community Meeting scheduled to be held Wednesday, May 25 at Centennial Hall in Juneau will now take place as a virtual event only due to rising cases of COVID-19 in Juneau.   The City and Borough of Juneau recently updated its recommendations to include indoor masking in Juneau … 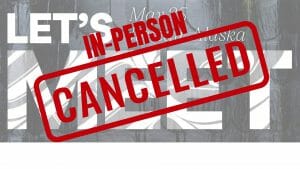 Alaska’s primary for the special election to fill our open Congressional seat has begun. This seat was held by the late Congressman Don Young for nearly fifty years – and now, forty-eight candidates are running to fill it. This election will be the first to utilize Alaska’s new voting system. The June primary, for which … 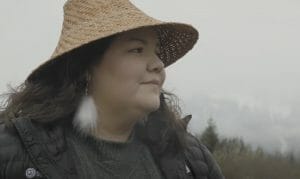